August
Universal: ‘We pray for those who work and live from the sea, among them sailors, fishermen & their families’. 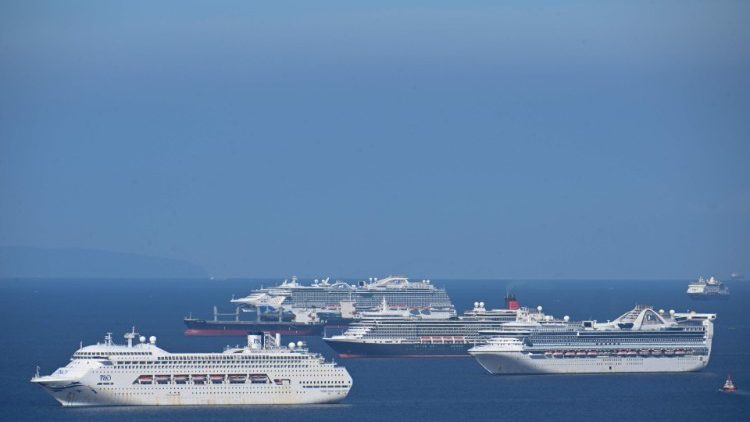 Sea Sunday highlights the vital work of Seafarers during pandemic

The annual Sea Sunday is being marked this 12 July with many Christian Churches taking part. The day highlights the work seafarers do throughout the year. It also offers an opportunity for people to pray for those at sea and their families.

Life at sea is known for the challenges it presents to those who work in this sector. But this year has been particularly difficult for seafarers who have continued to work amid the COVID-19 pandemic.

Sea Sunday forms part of Seafarers Awareness Week which began on July 6. The Mission to Seafarers is one of the Christian charities taking part in this initiative. The Anglican organization was founded 150 years ago and gives care and support to seafarers in need.

Speaking to Vatican Radio, Canon Andrew Wright, the charity’s Secretary-General says that “never has it been more important” to reach out to those at sea with support and compassion.

“These last few months have definitely been the worst of times and obviously there’s been a whole range of challenges they face, most particularly around the issue of transit”, he says.

At this time, many workers who have come to the end of their contracts have to stay on board their vessels until they can disembark. They also may not have any option to renew their contracts.

Another issue, explains Canon Wright, is that a similar number have been unable to join their ships and this can mean significant hardship for those waiting to board. There is also concern over job losses.

“Many crew have lost their jobs, particularly of course in the cruise sector, says the Secretary-General.

The Apostleship of the Sea is a Catholic charity operating through Stella Maris centres and supporting seafarers worldwide. We provide practical and pastoral care to all seafarers, regardless of nationality, belief or race. Our port chaplains and volunteer ship visitors welcome seafarers, offer welfare services and advice, practical help, care and friendship. The Stella Maris Seafarers’ Centre in Fremantle is part of an international network known to the maritime world as Stella Maris, working in 334 ports with 227 port chaplains in 59 countries. 90% of world trade is transported by ship. However the life of a modern seafarer can be dangerous and lonely. They may spend up to a year at a time away from home, separated from their family and loved ones and often working in harsh conditions. The Apostleship of the Sea relies wholly on voluntary contributions. We are only able to continue our work through the generous donations of our supporters and volunteers. Known to seafarers around the world as Stella Maris, the Apostleship of the Sea cares for the spiritual, social and material welfare of all seafarers regardless of colour, race or creed.

Sea Sunday is the day set by many Christian Churches to remember, celebrate, pray for seafarers and their families and give thanks for their lives and work. It is officially held on the second Sunday in July. Seafarers work tirelessly in the high seas throughout the year bringing us more than ninety percent of the goods we need.

In the Catholic Church, Sea Sunday is supported by the Apostleship of the Sea (Stella Maris) around the world.

In Australia, the Apostleship of the Sea (Stella Maris), prays for seafarers at Mass and provides resources for the parishes to use such as Prayers of the Faithful, Appeal Talk, Notes for the Bulletin, Poster and Images for digital and social media for Sea Sunday.

Parishioners have the opportunity to support this Catholic ministry through the Sea Sunday appeal. Its Stella Maris centres support seafarers’ welfare, and provide pastoral care and hospitality.