Celebrating our yearly Fairtrade Fortnight campaign, raising awareness for the work we do to help workers and farmers all around the globe.

We can make trade fair for everyone. Behind your products are people: farmers, workers, families. Millions still live below the poverty line. Fairtrade works with producers and businesses to change this.

Read on and find out how you can make a difference.

Did you know that Australia has a Modern Slavery Act. The Act was passed by the Australia Parliament in November 2018. Under the Act companies with an annual revenue of more than $100 million must prepare annual statements for the Department of Home Affairs, setting out their actions to assess and address modern slavery risks in their operations and supply chains. The first reports are due in 2020.

We all have a responsibility to fight against human trafficking and modern slavery  With most people living under Covid-19 restrictions it is still possible to take action. During the month of August you might want to organize an online discussion with family and friends to discuss the availability of slavery free goods in Australia. Research where you can buy chocolate, tea, coffee and clothing that has been ethically produced.

Church rallies as ‘One Body in Christ’ to eradicate modern slavery, human trafficking 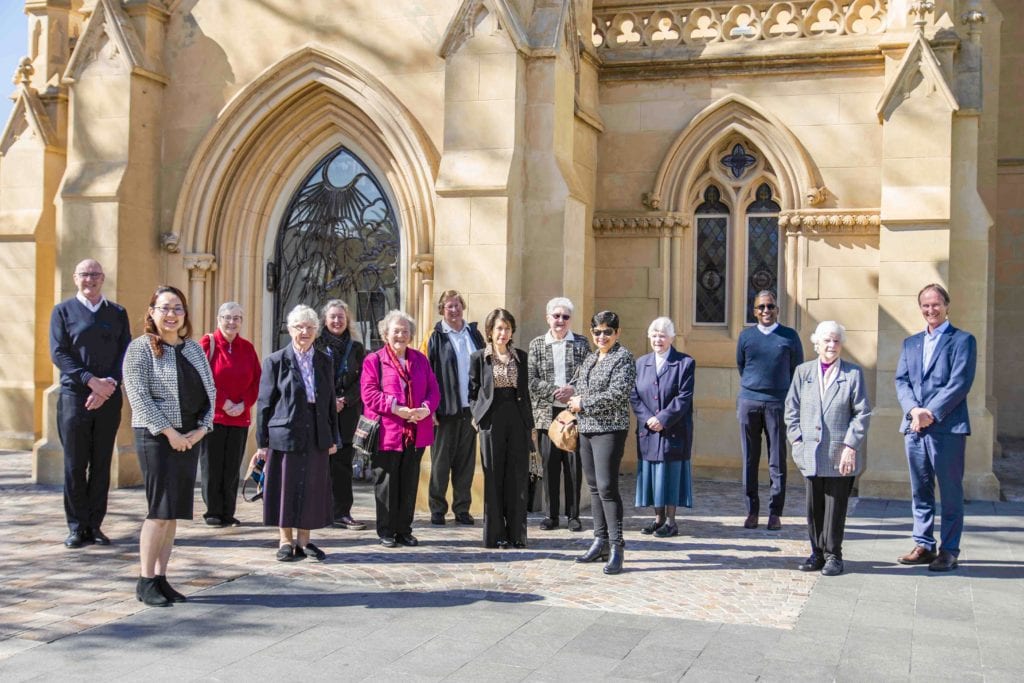 Members of ACRATH and supporting Archdiocesan agencies attended Mass at St Mary’s Cathedral on 30 July to raise awareness on the issue of modern slavery on the United Nations World Day against Trafficking in Persons. Photo: Amanda Murthy.

Bishops and leaders of the Catholic community in Western Australia united on Thursday 30 July to raise awareness about modern slavery, in line with the United Nations’ 2020 World Day against Trafficking in Persons.

The Archdiocese of Perth, Catholic Education Western Australia Ltd (CEWA), the University of Notre Dame Australia (UNDA) and St John of God Health Care – with the support of the Australian Catholic Religious Against Trafficking in Humans (ACRATH) – were among the many Catholic agencies, organisations, parishes and schools who made a stand against the issue.

In a letter to the public for the occasion, ACRATH President Sister Louise Cleary CSB thanked those who have supported and worked hard through “donations, advocacy, campaign work and prayer.

“The passing of the Modern Slavery Act in 2018 after a decade of focussed advocacy and later this year we will see, for the first time, companies with an income in excess of 100 million, report on what they are doing to eradicate slavery from their supply chains.

“Fifteen years ago it was very difficult to buy slavery-free products in Australia, but with letter-writing campaigns led to massive changes that have made a huge difference to the lives of people in developing countries and we now have fair-trade tea, coffee and chocolate in most supermarkets and cafes,” she added.