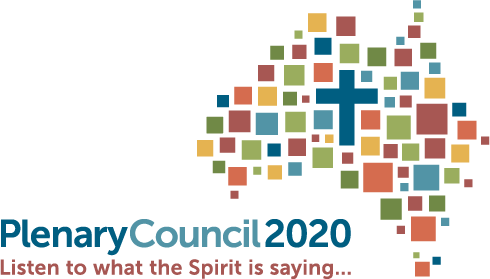 The Plenary Council process so far has been an exercise in listening, in dialogue, in conversation — in changing the way the People of God communicate with one another, under the guidance of the Holy Spirit.

It has also been a process of numbers. Over 10 months, at least 222,000 people chose to be part of that period of listening and dialogue with one another. Their voices were represented in the 17,457 submissions that were received by the National Centre for Pastoral Research. From those submissions, quantitative and qualitative analysis pinpointed around 120 subject areas. And after a period of analysis, prayer and discernment, six National Themes for Discernment emerged, and will now shape the next stage of the Council’s preparation period: Listening and Discernment.

There’s a lot more information below on the National Themes for Discernment, the process so far and going forward, and on initiatives around the country to start quickly on this new stage.

At Pentecost, the Plenary Council website was also re-launched, with new material added to help people understand the National Themes for Discernment and how they can continue to be involved in the second phase of preparation.

Video: The National Themes for Discernment

We will address a new question in each e-newsletter. To catch up on previous editions, you can check out the Plenary Council FAQ page. If you have a question, email it to us and we will include it in future editions of PlenaryPost.

The question for today is…

What will be on the agenda for the Plenary Council in 2020?

The agenda for the Plenary Council will be developed over the coming 12 months (2019-2020) in response to the fruits of discernment. During this second stage of preparation for the Plenary Council, Listening and Discernment, every person is invited to take time to read and reflect on the responses given during the Listening and Dialogue stage, to listen to all the many and diverse voices of the People of God in Australia. Each of the National Themes for Discernment will have a Working Group established and it will be the groups’ task to write the working papers that will be the foundation for the agenda for the first session of the Plenary Council..

Holy Week: Jesus died to prove how good we are

Friedrich Nietzsche, the atheistic, “death of God” philosopher, was fond of taunting his Christian friends with: “I’ll believe in your redeemer when you look more redeemed.”

Pope Francis in Evangelii Gaudium makes a similar challenge. He asks, what kind of missionaries are Christians who look like “Lent without Easter” (6), or people “who have just come back from a funeral” (10), “querulous and disillusioned pessimists, sourpusses” (85), “defeated generals” (96)?

He prays, “May the world of our time, which is searching, sometimes with anguish, sometimes with hope, be enabled to receive the good news not from evangelisers who are dejected, discouraged, impatient or anxious, but from ministers of the Gospel whose lives glow with fervour, who have first received the joy of Christ.” (10)

So, even at a time when the Church has never been more criticised and questioned, it is important that we rediscover our joy in being Christian and share this with our secular brother and sister Australians.

We may never be a perfect Church, but hopefully we can come across as a more attractive, “redeemed” and servant Church.

When the Australian bishops head to Rome later this week, the Plenary Council will be a significant focus for prayer, for meetings with Pope Francis and officials from the Holy See, as well as a retreat.

Last year, the bishops agreed that a retreat to help them focus on the Plenary Council, including their role in the Council and the importance of discernment, would be a good idea. When the five-yearly Ad Limina Apostolorum visit was confirmed for June 2019, it was decided the retreat could be held just before that week-long pilgrimage to the tombs of the apostles, Peter and Paul.

Plenary Council president Archbishop Timothy Costelloe SDB said the bishops at the retreat “will take the opportunity to reflect carefully on the National Themes for Discernment and share our reflections and conclusions with the Plenary Council’s Facilitation Team and the Executive Committee, based on our own prayerful discernment and pastoral experience”.

While in Rome, a delegation of bishops will also meet with officials from the Congregation for Bishops, whose responsibilities include plenary councils.

The Archdiocese of Perth was quick to launch the second phase of preparation for the Plenary Council — Listening and Discernment — with a special Mass on June 2, the Feast of the Ascension.

Perth Archbishop Timothy Costelloe SDB, who is also president of the Plenary Council, said one of the tasks of the next phase of the Council is to try to “catch” the voice of God speaking in and through the voices of his people.

“Especially through prayer and also where possible through engagement with the process of discernment,” Archbishop Costelloe said.

“So that our community of faith, just like the first community gathered in Jerusalem at Pentecost, will wait in prayer and expectation for the power from on high, the Holy Spirit, who will lead us into the fullness of the truth and remind us of all that Jesus said and did.”

The Diocese of Broken Bay, from where a very large number of submissions to the Plenary Council came, has launched a Year of Discernment.

The period has been dedicated to discernment in order to “discover together the concrete path that God is calling us on as individuals and as a community of Christians”, a diocesan statement said.

“This Year of Discernment will invite us to become sensitive to the presence and guidance of the Holy Spirit – the Spirit who enables us to be faithful to Jesus in the present and who continually invites greater life in our future, abundance where there is poverty, communion where this is division, hope where this is despair, possibility where there is seeming limitation,” it said.

“As it has been said, when the Spirit breaks in there comes the hope of a new day and the courage and strength to move toward it.”

Copyright © 2018 Plenary Council 2020, All rights reserved.
You are receiving this email because you opted in via our website.

Add us to your address book

Want to change how you receive these emails?
You can update your preferences or unsubscribe from this list.