“ANZAC” was the name given to a combined force of First Australian Imperial Force and New Zealand Army troops who landed on Turkey’s Gallipoli Peninsula at around dawn on Sunday, the 25th day of April, 1915, barely nine months after the outbreak of World War I.

Galvanised by the example of courage and sacrifice demonstrated on that bloody battlefield, on the 10th day of January 1916 a public meeting of Brisbane citizens voted unanimously to establish the ANZAC Day Commemoration Committee to lay the groundwork for a nationwide, solemn day of public remembrance on the first anniversary of the landings.

On every 25th day of April for the past 100 years, “ANZAC Day” has been observed in Australia and New Zealand, becoming an honoured and sacred institution along the way.

This site includes a host of information about the origins of ANZAC Day, the Spirit of ANZAC and gives an overview of the conflicts in which Australian Defence Force personnel have served in times of war and peace.

We hope you will find something of value in the following pages and that you will join with us in continuing the tradition of honouring ANZAC Day. 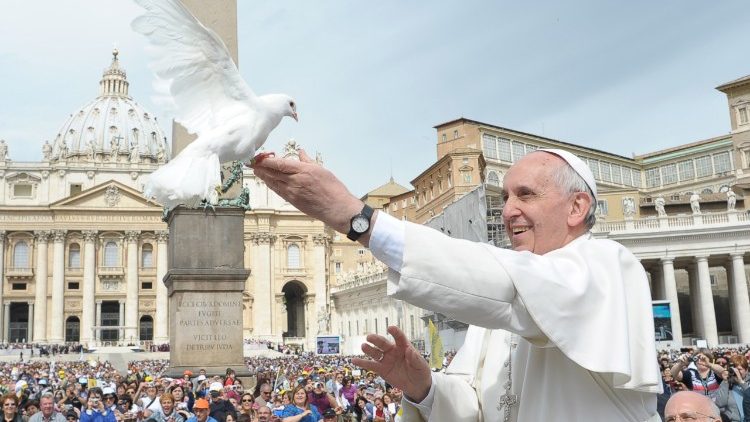 Pope Francis: Good politics is at the service of peace

“Peace be to this house!” In his greeting to the world for the 52nd World Day of Peace, Pope Francis takes up the words proposed by Christ in the Gospel. The Holy Father notes that “the ‘house’ of which Jesus speaks is every family, community, country, and continent.”

At the service of peace

In his message for the World Day of Peace, the Pope reflects on the role of “good politics at the service of peace.” Those who hold political office, he says, must exercise their office in service to others, basing their work on the foundation of charity and human virtues.

Warning against vices of politics

At the same time, Pope Francis warns of the vices that can afflict politics, including corruption, xenophobia, racism, lack of concern for the environment, and contempt for exiles.

“When the exercise of political power aims only at protecting the interests of a few privileged individuals, the future is compromised and young people can be tempted to lose confidence,” the Pope writes. He encourages politics to “foster the talents of young people and their aspirations” in order to promote peace, noting that “Everyone can contribute his or her stone to help build the common home.”

The basis of peace

The Holy Father repudiates a politics of intimidation and fear, and denounces “the uncontrolled proliferation of arms.” Peace, he insists, is based on respect for each person… respect for the law and the common good, on respect for the environment” as well as “the moral tradition inherited from past generations.”

A challenge to be taken up anew

In conclusion, Pope Francis says that peace “is the fruit of a great political project grounded in the mutual responsibility and interdependence of human beings.” But, he says, “it is also a challenge that demands to be taken up ever anew” – a challenge that “entails a conversion of heart and soul.”

Follow the link to read the full text of Pope Francis’ Message for the Celebration of the 52nd World Day of Peace.