The UNMISS HIV/AIDS Unit conducts a peer to peer training as it works to combat HIV and AIDS both within and outside the mission, May 2018. UN Photo/Nektarios Markogiannis

World AIDS Day is celebrated around the world on December 1st each year. It has become one of the most recognized international health days and a key opportunity to raise awareness, commemorate those who have passed on, and celebrate victories, such as increased access to treatment and prevention services.

UNAIDS took the lead on campaigning for World AIDS Day from its creation until 2004. From 2004 onwards the World AIDS Campaign’s Global Steering Committee began selecting a theme for World AIDS Day in consultation with civil society, organisations and government agencies involved in the AIDS response.

Themes run for one or two years and are not just specific to World AIDS Day. Campaigning slogans such as ‘Stop AIDS. Keep the Promise’ have been used year-round to hold governments accountable for their HIV and AIDS related commitments.

Significant progress has been made in the AIDS response since 1988, and today three in four people living with HIV know their status. But we still have miles to go, as the latest UNAIDS report shows, and that includes reaching people living with HIV who do not know their status and ensuring that they are linked to quality care and prevention services.

HIV testing is essential for expanding treatment and ensuring that all people living with HIV can lead healthy and productive lives. It is also crucial to achieving the 90–90–90 targets and empowering people to make choices about HIV prevention so they can protect themselves and their loved ones.

Unfortunately, many barriers to HIV testing remain. Stigma and discrimination still deters people from taking an HIV test. Access to confidential HIV testing is still an issue of concern. Many people still only get tested after becoming ill and symptomatic. 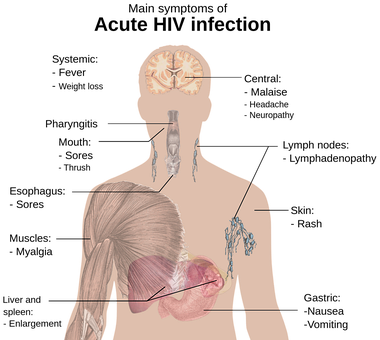